Great To See Tampa-Clearwater Causeway Trail For the First Time 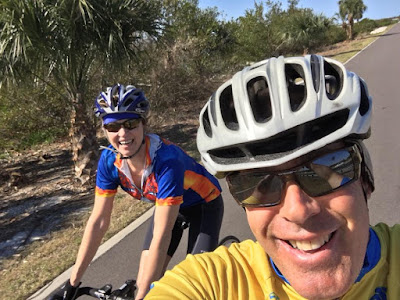 Except bicycling across the Courtney Campbell (Clearwater) Causeway this morning was so much more pleasant than from what I recall when I was one of the crazy bicycle dudes who biked on SR 60 on the causeway along with the 65 mph car traffic.

Now, there's a continuous paved trail along the State Road 60 causeway, including a separate bridge for the trail users. That's not news for the locals because it was dedicated in 2013.

But it was new for me and it was a joy to see it and ride it for the first time.

It was five years ago when I was among many voices who advocated for a causeway trail to link Tampa and Clearwater. 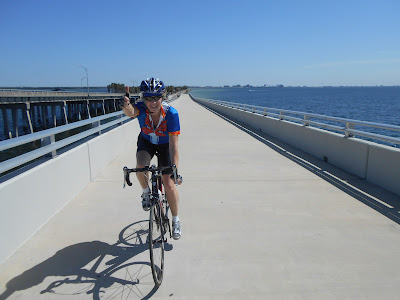 The local DOT office built the causeway trail at the northern end of the bay, though the Friendship Trailbridge/old Gandy Bridge has since been closed.

Tampa Bay is the geographic identity for the region, yet only one of the three bridges that span the bay has a trail for bicyclists and walkers. All three bridges should be multi-model.

I've moved back to Florida. But not to the Tampa Bay area.

I'm in in town for a pit stop staying with wonderful friends Malanda and Karl Schmitz in Safety Harbor for two nights before I head across the state to Vero Beach and my final destination in Vero Beach, where I close on a house on March 8 (Tuesday) and start a new writing/reporting job with Vero Beach 32963 newsweekly on March 21..

It was one of those fairy tale weather days today when the 80 degree temperature, low humidity and watery breezes in the Tampa Bay area made for a magical day of cycling. It was my first day pedaling in Florida since leaving in November 2012 and I welcomed the wonderful Clearwater causeway trail.

Malanda, a talented artist and former Tampa Tribune graphics/arts director, biked along on her Trek road bike and 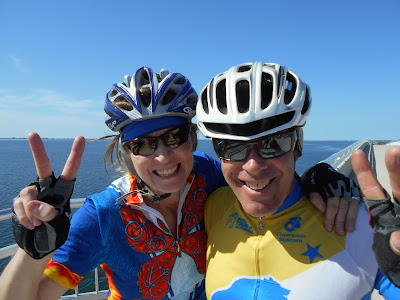 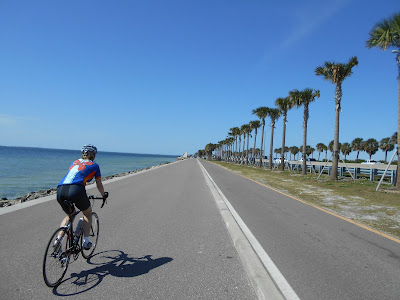 There was also a continuous trail from Safety Harbor to the Clearwater causeway -- another new piece of bike infrastructure.

While Malanda pedaled home, I took a little detour off the Bayshore trail to check out the Phillies spring training stadium -- which is off another Clearwater trail. 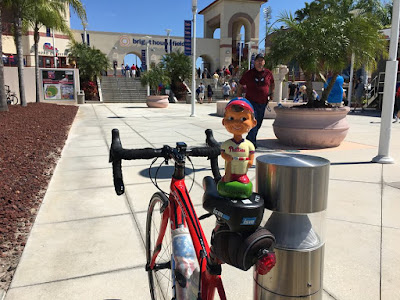 Malanda and I used to bike back in the day when I worked at the Tampa Tribune, Now she is a talented artist working from a studio in St. Petersburg who did this beautiful work. Check out work here at www.malandas.com 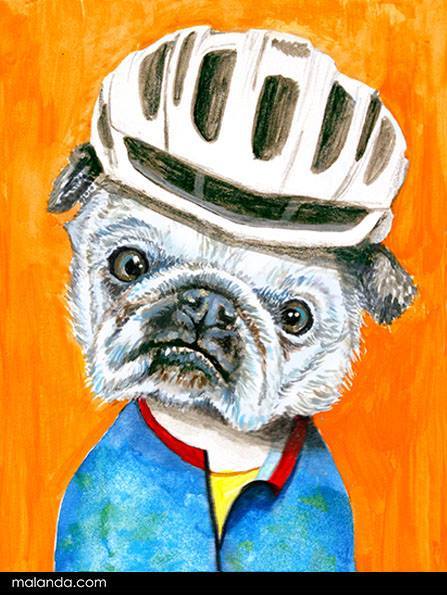 Here is Malanda at work today. 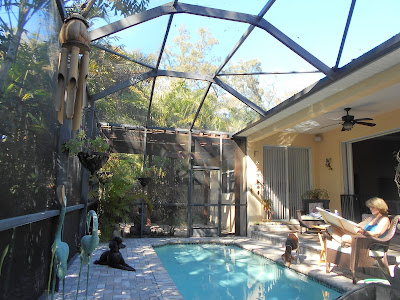