Be On The Lookout For A Bicycle Stolen From USF Campus

I have had three bicycles stolen in the course of my life, including one that was locked up at a college campus. Colleges are a popular place for bike thief rings.

Which brings me to my bicycle pal Nick Griffiths, who relays the sad story about his friend who had a bike stolen today. I'll let Nick tell the story:

My friend Becky had her bike stolen this morning from the stands in front of the American College of Medicine here on the USF campus.

She was in fact locked to the same stand as mine. They cut her cable with snips (I use a U lock). Attached is a pic of the style and color of her bike.

Could you pass the word around that if a similar bike is seen to let us know? Becky got the serial number from Oliver's. The officer said they usually sell them to Pawn shops. It is a blue Trek 7.3 FX. 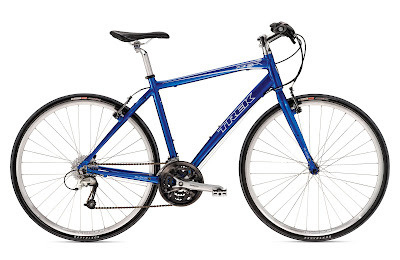 Thanks for posting Alan.