A New Park Grows In Tampa 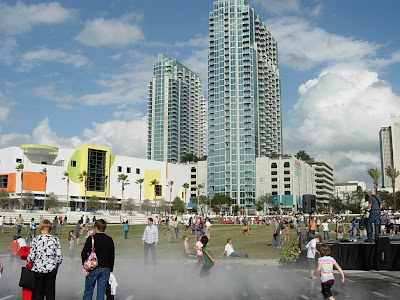 I moved to Tampa six years ago and I quickly realized that Tampa is a southern city that lacks major public and civic amenities when compared to other major cities across the country.

To put it another way, Tampa is the Dollar General of cities, offering cheap basics but not much more.

For example, every big city has a big downtown park to host major civic gatherings from concerts to festivals.

I never did understand that. Tampa relied on a square-ish park called Lykes Gaslight Park, which was good for small events.

But it was no Central Park. Past mayors were exalted for making Tampa a big-league city. Except they forgot to build a major downtown park that could galvanize a city

It officially opened the Curtis Hixon Waterfront Park next to the Tampa Museum of Art.

The ribbon is ready to cut. 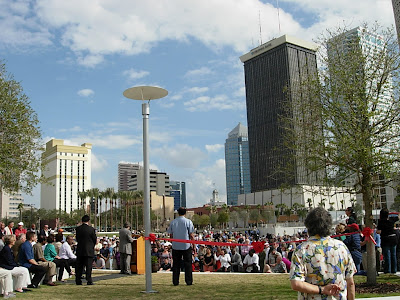 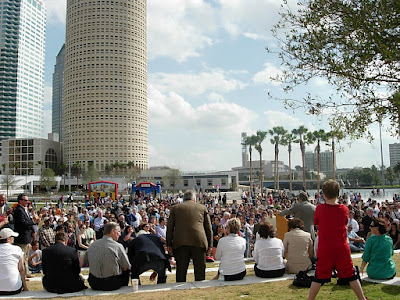 The billboard trailer made an appearance at the park opening to promote Pat Kemp's candicacy for the unexpired term of the Florida House District 58. Here, the famed bicycle billboard leans on the railing along the Hillsborough River. 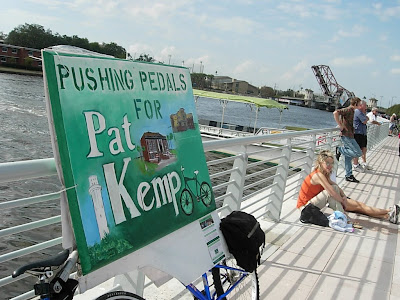 The park looks pretty. But lack vegetation and shades trees. And bike racks. There are just four metal loops bolted into the ground for an entire park.

I spoke with Steve Dagnault, the city's public works and utilities director, at the festivities and asked him if the city will have bike lanes on roads leading to the park.

The city's utilities/public works chief thought that was pretty funny.

Here is one bike parking area with two bike-rack loops at the new park off the riverwalk . . . 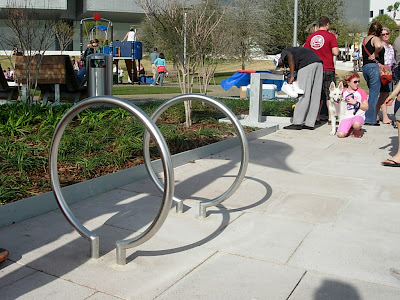 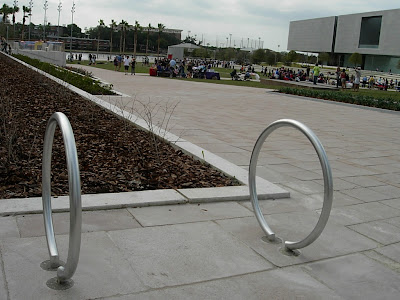 It's not a ribbon-cutting without the mayor chatting with a youngster. 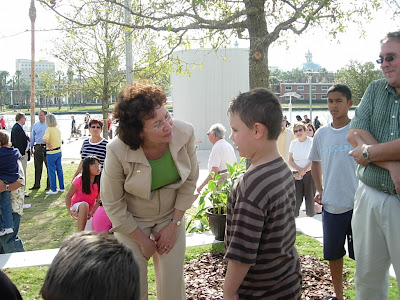 Without bike racks, people leave bikes on the ground. 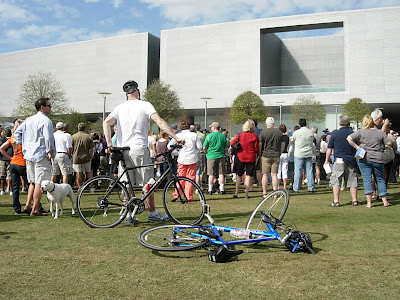 With not enough bike racks, people lock up bikes on railings. 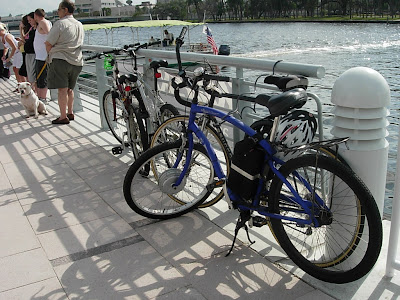 With no place to lock bikes on racks, bikes hang out. 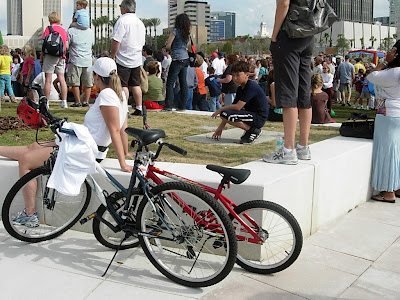 Memo to Tampa government: people love to bike if you give them a safe place to bike. 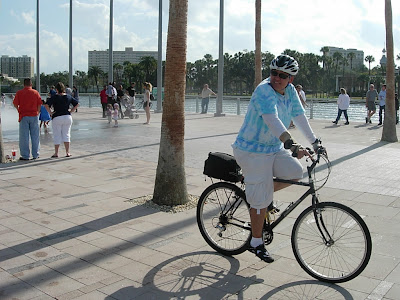 Tables set up for kids. 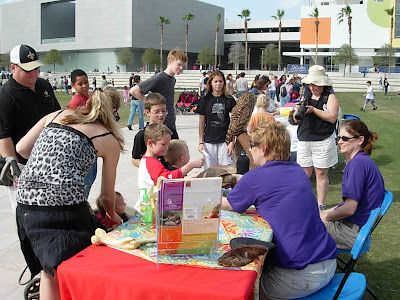 The homeless are going to love those fountains.

I didn't realize how little bike parking there was at the new park. Thanks for this post and great photos. I took some photographs on Saturday. They are on my blog at http://thedailyflashkube.com. When I post the ones I took today I'm going to link to your post about bicycles.

Also, how do you feel about the treatment of skateboarders there. One guy was thrown out during Iorio's speech and he was just standing there holding his.

If the city looks so nice, with some of the big buildings, why can't they put in bike racks for people to park their bikes?

It's like Tampa lacks alternatives to cars for transportation.

We're already in 21st century by now, so why not please cyclists by improving the bike infrastructure? Bike racks should be the first start for making bikes an alternatives for cars, cabs, and buses.

(I live in Orlando -- Orange County.)