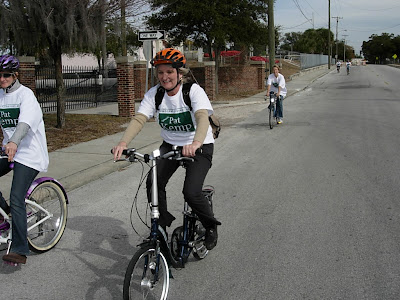 I believe bicycling is an inherently political activity, whether you know it or not. But it's not often Bicycle Stories gets involved in political campaigns. Seminole Heights' own Pat Kemp, running for the unexpired seat in House District 58 in Tally, is getting Bicycle Stories' help because she is an ardent bicyclist and supports bicycle infrastructure.

So I enjoyed bicycling the world-famous bicycle billboard trailer with a Pat Kemp campaign sign to her press conference today at West Tampa Library with the "bicycle brigade." Here's part of the bicycle brigade preparing to get ready to roll. 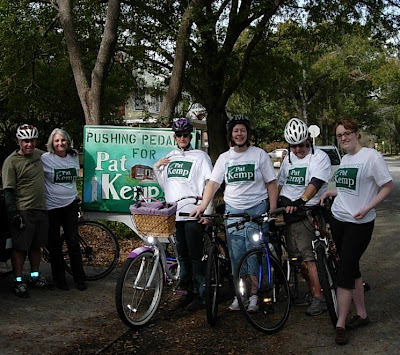 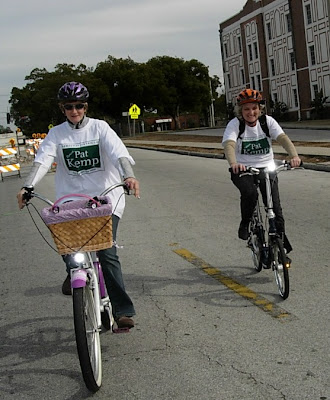 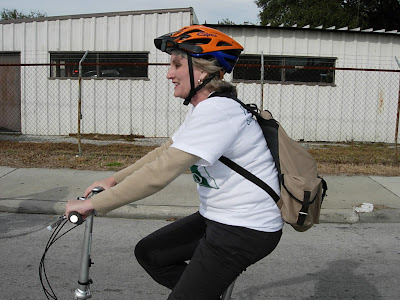 Pat poses next to the world-famous bicycle billboard trailer. Pat's daughter, Caitlin, did a gorgeous job on the sign's artwork, including paintings of the district's architectural highlights such as the West Tampa Library and Sulphur Springs Water Tower. 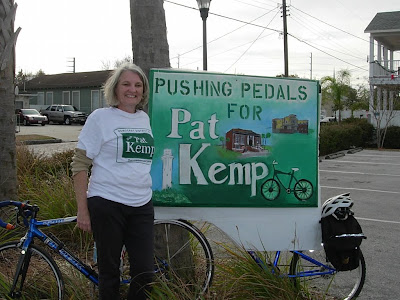 Pat gets interviewed by Kathy Steele of the Tampa Tribune. Janet Zink of the St. Pete Times, where were you? Ya missed a good one! 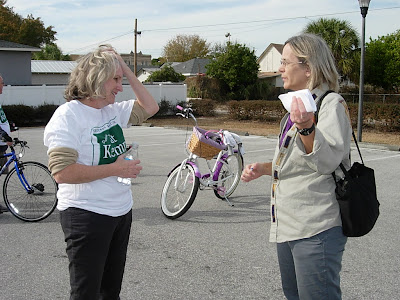 Bridget on the way home from the West Tampa Library. 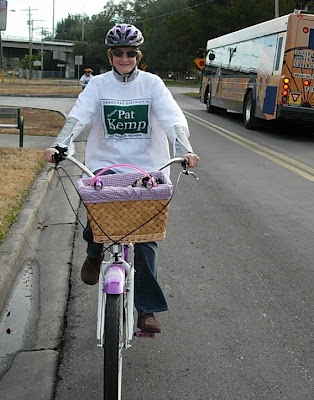