I broke out the Gore-Tex jacket, put on the head band with the ear coverings and found my insulated gloves for a bike ride down Nebraska Avenue this morning to the Tampa Train Station, where Tampa City Councilwoman Linda Saul-Sena announced she would be running for Hillsborough County Commission and taking on current County Commissioner Ken Hagan in 2010.

A few years ago, Nebraska Avenue was a four-lane road riddled with potholes and dangerous street conditions. But the DOT repaved the road and reduced it from four to three lanes while also adding bike lanes.

I never took Nebraska in its previous state. But today -- like many days -- I rode my bicycle to downtown Tampa. Thank you Gena Torres of the MPO who earned the title Miss Nebraska for pushing through a plan to improve Nebraska Avenue by reducing a lane and adding bike lanes. 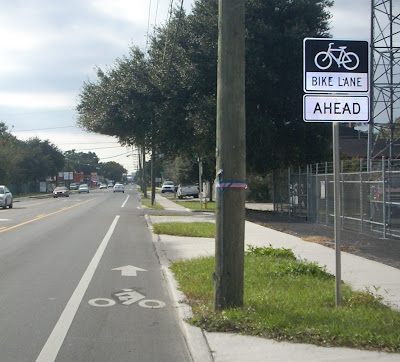 The bike lanes are great. But there are still guys who insist on riding the sidewalk against the flow of traffic on the street. 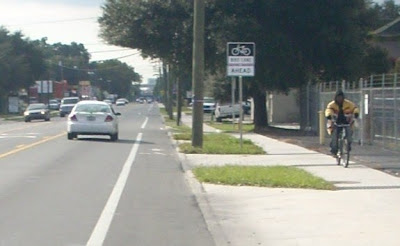