Cold and Windy Along the Century of Trails Ride 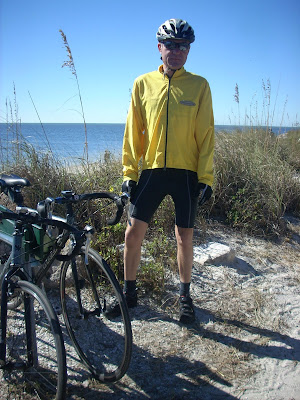 Today's century: Slow and cold and windy. But great biking companionship with Nick Griffiths, a Moffitt Cancer Center employee (pictured left) who joined me for our annual 100-mile Century of Trails ride between Christmas and New Year's. I piece together trail segments of the Suncoast, Starkey, Pinellas, Howard, Upper Tampa Bay and Al Lopez parks/trails along the way -- thus the Century of Trails.

At 7:30 a.m., Nick and I pulled away from my house in Seminole Heights and began pedaling north into the teeth of some mighty cold winds. To combat the wind and cold, I wore three long-sleeve shirts, a jersey and a windbreaker vest. Those two pairs of socks helped, too.

We biked north to Bearrs Ave., then north on North Dale Mabry en route to the Suncoast Trail at Mile 17 before paying a pit stop at SWFBUD store owned by Geoff Lanier. Geoff was the perfect host, making a cup of hot chocolate for Nick, who was chilled by the northerly winds we were bucking for the first 20 miles.

From the Suncoast and Starkey trails, it was off to New Port Richey and US 19, and then south to Tarpon Springs at Mile 45. We lunched on giros at Mama's -- a terrific restaurant a block off the Sponge Docks.

At Mile 50 in Tarpon, we reached newly-minted Howard park, which was fixed up and improved for a re-opening that just happened yesterday. The new metal garbage cans glimmered. The asphalt along the causeway was smooth as silk. And 2,000 people showed up to check out the new-and-improved park Monday and there was a steady stream of cars that visited the park on the gulf and trolled the parking lot for views. 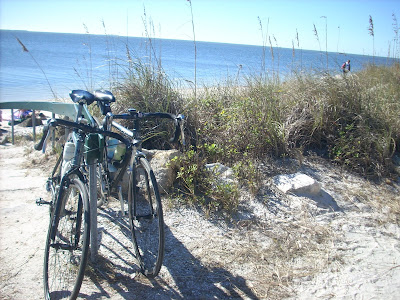 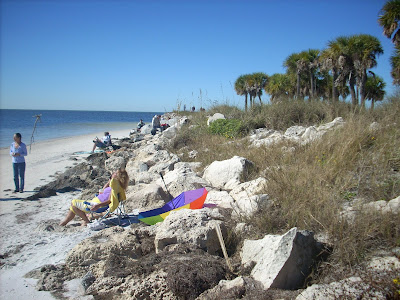 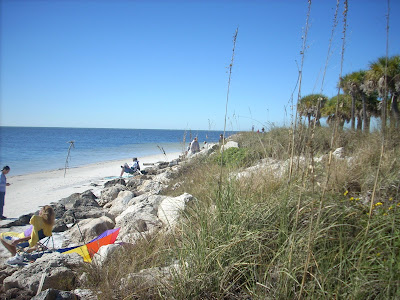 Pam the park ranger worked as a human stop sign. That's how new the park is -- the post was not even ready to hold the stop sign. 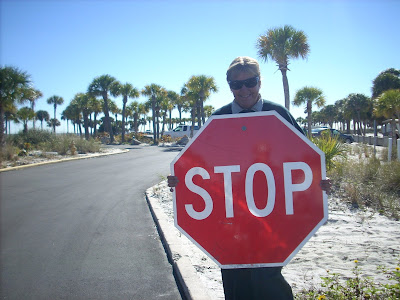 We biked along the Pinellas Trail, pushed southward by those winds that blew out of the north. From Mile 55 to 65, we cruised from Tarpon Springs through downtown Dunedin and made a left turn to start heading east at the Toronto Blue Jays spring training stadium. 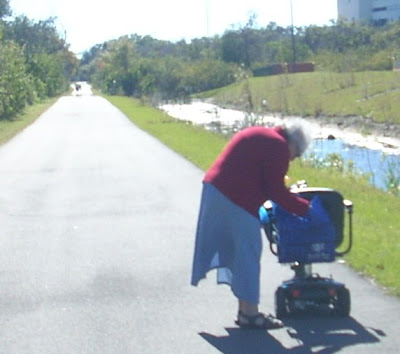 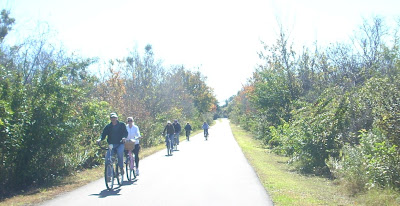 That's the spring stadium of the Blue Jays -- Canada's only Major League Baseball team, in honor of that pedaling Canadian, Nick. 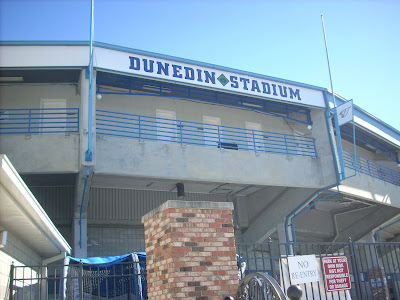 As Nick put it, the Upper Tampa Bay Trail is a very manicured trail. About 6 1/2 miles of 911 markers with a lovely ranger station with a meeting room. It also has the finest piece of bicycle infrastructure in Hillsborough County -- this bridge and S-shaped trail section under Linebaugh Avenue. The Upper Tampa Bay stretch of Miles 75-81 went by quickly. 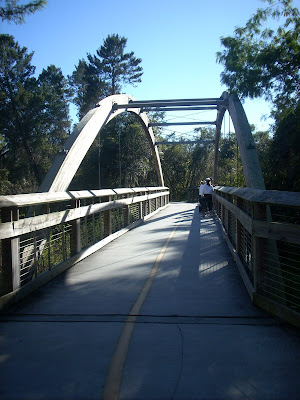 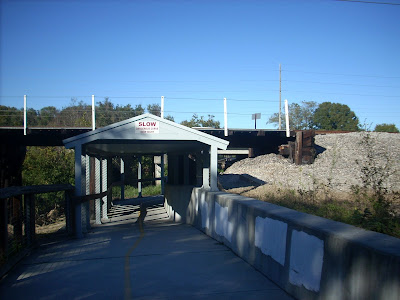 So, we're at Mile 92 pedaling east on Hillsborough Avenue and this pair of bottom-dwelling roadkill decide to saunter across a busy six-lane highway. 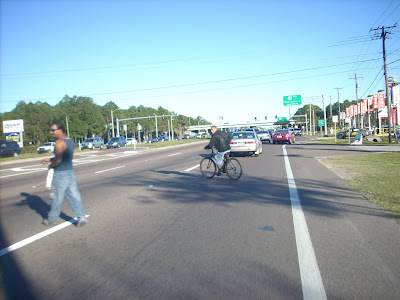 awesome story. I love those rides you do!